The Board of Trustees of CityMusic Cleveland is happy to announce that Amit Peled is our new Music Director. Avner Dorman will continue to work with CityMusic in the position of Music Director Emeritus. 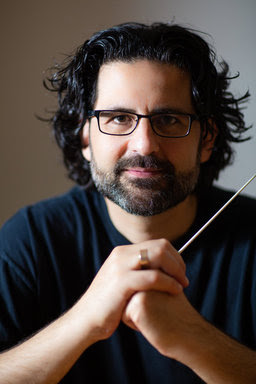 Of his appointment, Peled says, “I am deeply honored and excited to be named the next music director of CityMusic. Ever since my first encounter with the orchestra this past spring, I have felt that I found a musical home, a place where making music at the highest level meets the desire to share the art form with as many people as possible and ensuring that it is available to audiences free of charge. I look forward to continuing this special tradition and to enhance it even further. I can’t wait to meet as many people as possible from the community and of course to dive into the symphonic repertoire with my fellow musicians in the orchestra. Lastly, as a huge NBA fan, I’m excited to check out the Cavaliers games in between rehearsals and concerts!”

Watch Amit’s May 2019 Performance With CityMusic

Amit Peled, a musician of profound artistry and charismatic stage presence, is acclaimed worldwide as one of the most exciting and virtuosic instrumentalists on the concert stage today. At 6’5″ tall, Peled started life as a basketball player and was called “larger than life” and “Jacqueline du Pré in a farmer’s body” when he enveloped his cello. Peled strives to break down the barriers of the concert hall, about which The Baltimore Sun wrote, “His amiable and inviting personality is exactly the type everyone says we’ll need more of if classical music is to survive.” From 2012 through 2018, Peled performed on the Pablo Casals 1733 Goffriller cello, which was loaned to him personally by Casals’ widow, Marta Casals Istomin.
Peled won conducting competitions while studying with Maestro Shinik Hahn at Yale University and the late Maestra Tamara Brooks at New England Conservatory, planting a seed in Peled’s heart for what has become a combined love of sharing music with the public from the conducting podium as well as from the soloist riser. Peled’s conducting engagements this season include his debut with the Peabody Symphony Orchestra in Schubert’s Symphony No. 5 and leading the second season of his own Mount Vernon Virtuosi, an orchestra Peled established to nurture young artists and to present free concerts in Maryland and Virginia. A debut conducting CD exploring the music of Mozart is slated for release in 2019 on Peled’s label CTM Classics. 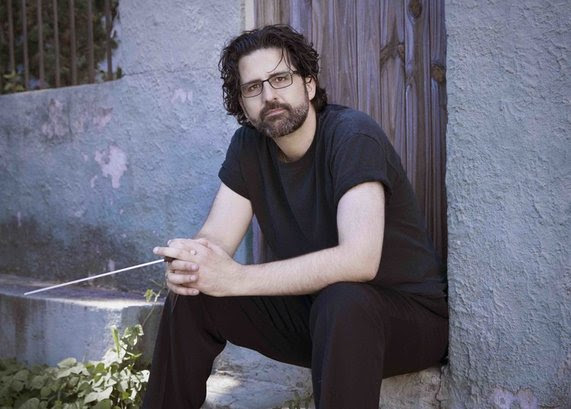 In 2017, Peled published a children’s book, A Cello Named Pablo, written by Marni Fogelson and illustrated by Avi Katz. Funded by a successful Kickstarter campaign, it follows Peled’s journey from the basketball courts of rural Israel to the world’s great concert halls playing one of the most famous instruments of all time and continuing the legacy of Pablo Casals.
The Amit Peled Cello Gang is composed of students from Peled’s studio at the Peabody Institute at Johns Hopkins University, where he has taught since 2003 and was one of the youngest professors ever hired by a major conservatory. The students in the Amit Peled Cello Gang range in age from undergraduate freshmen to second year master’s students, and the group comes together often to perform works written or arranged for cello ensemble. Peled and the Cello Gang also record in professional studios and tour regularly around the country, performing cello concerti, cello choir repertoire, and more in an effort to give the conservatory students practical experience as professional touring artists. Peled is also the founder, conductor, and artistic director of the Mount Vernon Virtuosi, a chamber orchestra dedicated to launching the careers of recently graduated music students, which this year performs a five-program season in Silver Spring and Rockville, Maryland.

Peled’s extensive discography includes critically acclaimed CDs on the Naxos, Centaur, CAP, CTM Classics, and Delos Labels. His release Casals Homage, which features the legendary 1915 Pablo Casals program, topped the iTunes charts in 2016. Peled and the Amit Peled Cello Gang released a cello ensemble album on Peled’s own label CTM Classics in October 2017. His recording, To Brahms with Love… From the Cello of Pablo Casals, features Brahms’ Cello Sonatas Nos. 1 and 2 performed with pianist Noreen Polera and was released on CAP Records in June 2018. The album was described by AllMusic as “[likely] composer approved, more so than almost any other contemporary recording.” Peled released a recording of Bach’s iconic Cello Suites Nos. 1-3 on the Casals cello in February 2019, which The Classic Review described as “a superb performance, warm-hearted, knowledgeable, and deeply felt” and AllMusic called “an important new statement in the history of these works.” Upcoming album releases include a recording of the Cassado cello sonatas for Naxos and the second installment of the Bach Suites for CTM Classics.
As an active chamber musician, Peled is a founding member of the famed Tempest Trio with pianist Alon Goldstein and violinist Ilya Kaler and the Goldstein-Peled-Fiterstein Trio with Alon Goldstein and clarinetist Alexander Fiterstein.

Help us welcome Amit Peled and celebrate and the start of our 16th season with a gift to CityMusic! We rely on your support to continue performing free concerts in Cleveland neighborhoods.